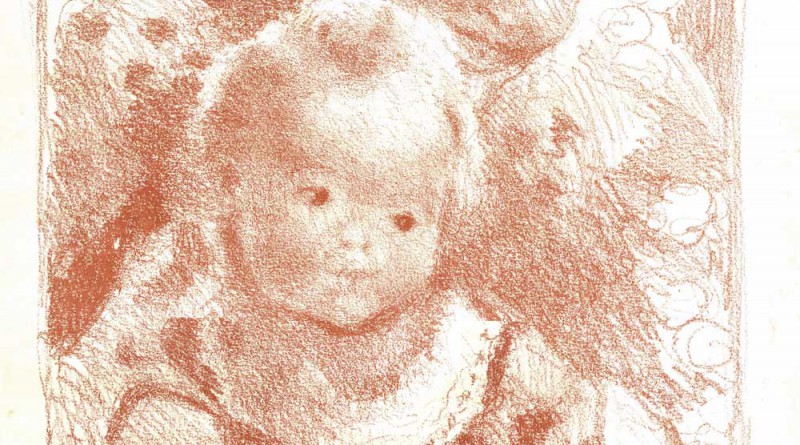 Signed “C. Amiet” in pencil by the artist lower right.

A classic image of a mother and round-cheeked child by the well-known Swiss post-impressionist artist Cumo Amiet.

Condition: The sheet shows some age toning and is lightly smudged and crinkled.

Cuno Amiet was born in Solothurn, Switzerland, the son of a historian and was apprenticed at the age of 15 to the Swiss realist painter Frank Buchser. He later studied at the Munich Academy where he developed a friendship with Giovanni Giacometti and at the Académie Julian in Paris.

One of the decisive influences on Amiets’ work were the 13 months he spent in 1892-93 Pont Aven in Brittany working with the circle of artists that had gathered there around Paul Gauguin (Gauguin had at this point already left for Tahiti).

After his soujourn in Pont-Aven, Amiet returned to Switzerland where he became a follower of Ferdinand Hodler, with whom he held several joint exhibitions.

In 1906, Amiet was invited to join one of the most important groups in early 20th Century European art, the German expressionist group Die Brücke (The Bridge) which included Ludwig Kirchner, Ernst Heckel and Karl Schmidt-Rottluff

Amiet’s primary medium was oil painting, but he was also an extremely talented printmaker, and produced an extraordinary body of lithographs.