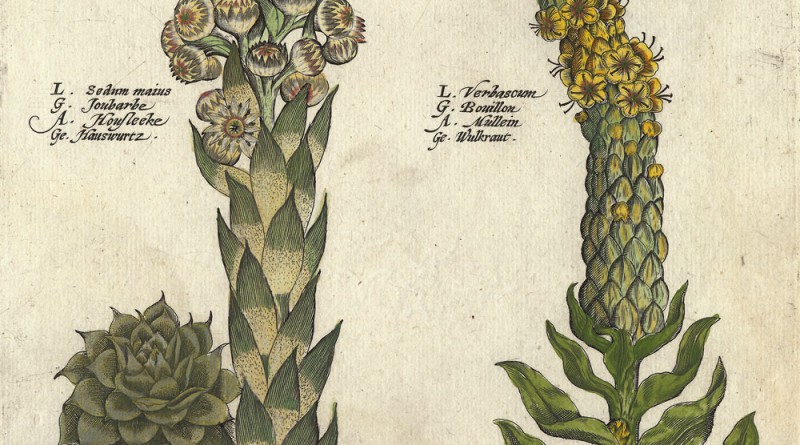 Hortus Floridus or De Blom-hof as it was known in the Dutch edition was published during the mania for tulips which spread across Europe in the early 17th Century. It was primarily compiled by Crispijn van de Passe junior (1589-1670), member of a family of well-known Utrecht draughtsmen and engravers. His father and brothers also contributed to the work. The book was intended to provide inspiration for garden lovers, who were invited to color in the black and white copperplate engravings themselves according to the colors they found in their own gardens.

A copy can be found in the Utrecht University Library, where you can read more about the fascinating history of this work.

This beautiful 400 year old engraving shows Sempervivium or Houseleeks, also known as Hen and Chicks on the left, and Verbascum, Mullein or the Velvet Plant on the left.

Condition: Engraved on beautiful handlaid paper.  Some light spotting and smuding as shown. 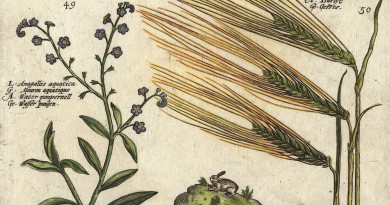 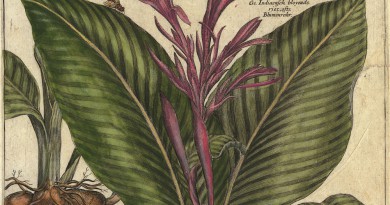