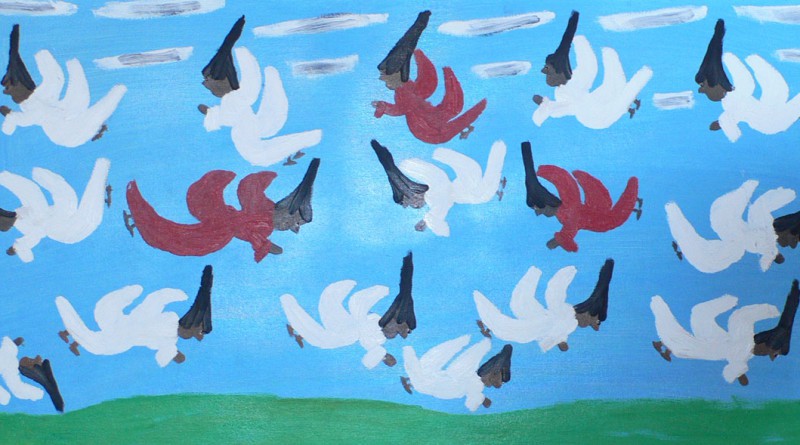 Clementine Hunter was born in 1886, at Hidden Hill, a cotton plantation close to Cloutierville, Louisiana with a reputation as a very difficult place to live and work. (The plantation is said to have been the basis for Harriet Beecher Stowe’s Uncle Tom’s Cabin). When she was a young girl, her family moved to a friendlier plantation founded by a freed slave from the Congo, the Melrose Plantation. It was there that she would spend most of her adult life, first working in the fields, and later working as a cook in the owners home. She never attended school and never learned to read or write.

Something of an artists colony had grown up at the Melrose plantation, and in the late 1940s, the story goes that a visiting painter left behind some tubes of paint. But in the late 1940s, one of the many artists who visited the plantation left behind some tubes of paint. The Plantation curator Francois Mignon encouraged Hunter to try her own hand at painting. She began to paint, and over the next 40 years created some 4000 works of art, becoming one of America’s most celebrated folk artists.

Clementine Hunters work is featured in many collections around the world including the Smithsonian Institute, the New Orleans Museum of Art, the Museum of American Folk Art in New York, the High Museum of Atlanta, the Dallas Museum of Fine Arts, and the Oprah Winfrey Collection in Chicago.

Condition: Excellent – the light spot in the middle is just a reflection on the canvas – not a discoloration.

This work has been SOLD 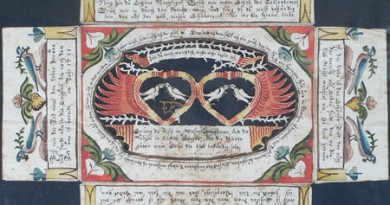 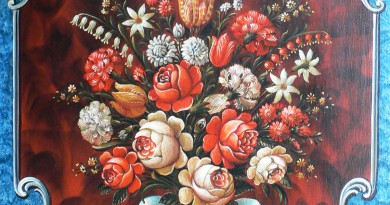 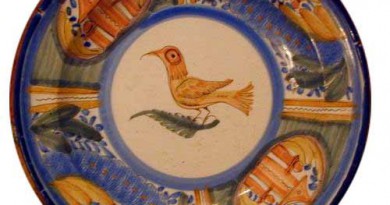