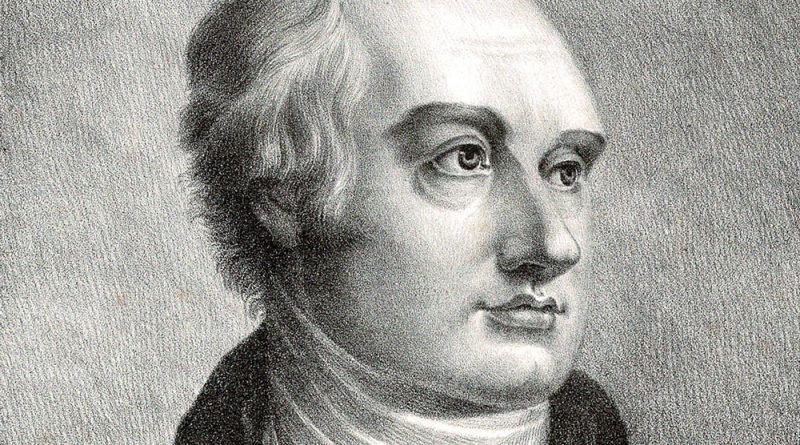 Portrait of George Canning (11 April 1770 – 8 August 1827) a British Tory statesman who served twice as Foreign Secretary and also occupied various other senior cabinet positions, before eventually serving himself as Prime Minister for the final four months of his life.  He died in office after just four months, the shortest tenure of any British Prime Minister.

Canning was known for his opposition to the intervention of Continental European powers in constitutionalist movements of other states. He successfully supported the insurgent Spanish-American colonies and the establishment of Greek autonomy.  He also had an interesting working relationship with the leading British political satirist of his time, James Gillray.  Canning helped provide Gillray with ideas and text for his caricatures, some of which appeared in The Anti-Jacobin or Weekly Examiner periodical which had been founded by Canning.

Condition: The edges of the sheet is damaged and spotted as show in the second image, but the center image is clear and could easily be attractively matted and mounted.
Provenance: Collection of Portraits from the Library of the Chateau de Hauteville
Dimensions: 30 x 44 cm 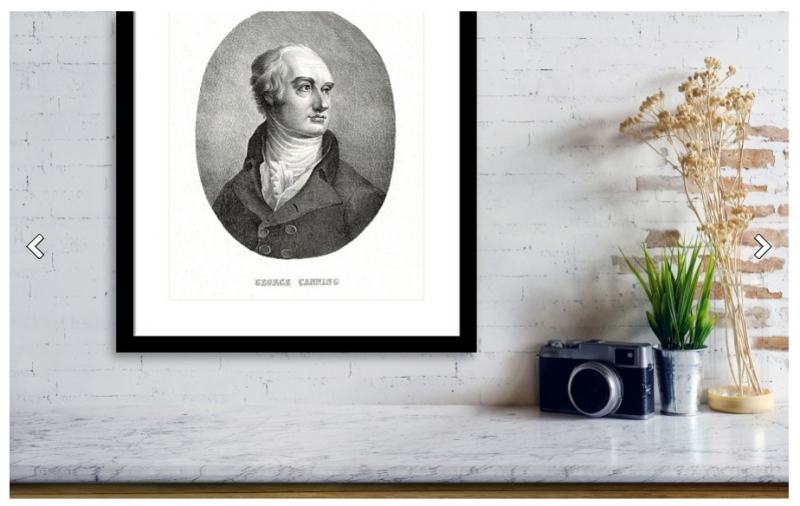