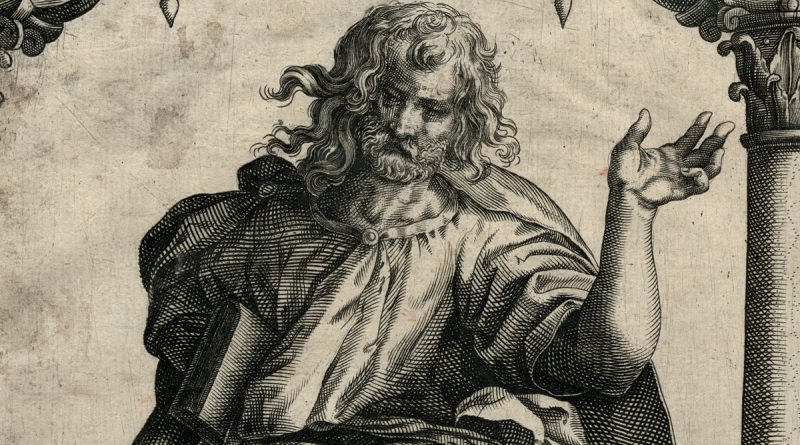 Striking engraving of the Apostle Bartholomew after a drawing by Marten de Vos. Saint Bartholomew under an arch of Corinthian columns and holding a sword. He is depicted on his Missionary tour to India, and a small scene in the background shows a scene of him tied down and surrounded by assailants just before being skinned alive (one of three competing stories of his martyrdom.) Bartholomew is reputed to have brought Christianity to Armenia in the 1st century and is one of the patron saint of the Armenian Apostolic Church.

Marten de Vos was a leading Flemish painter of history paintings, portraits and religious scenes. A prolific draughtsman, he also and produced numerous designs for Antwerp book publishers and printmakers. His art became widely known through engravings created by such famous engravers as the Wierix family, Raphael Sadeler, Adriaen Collaert and others.