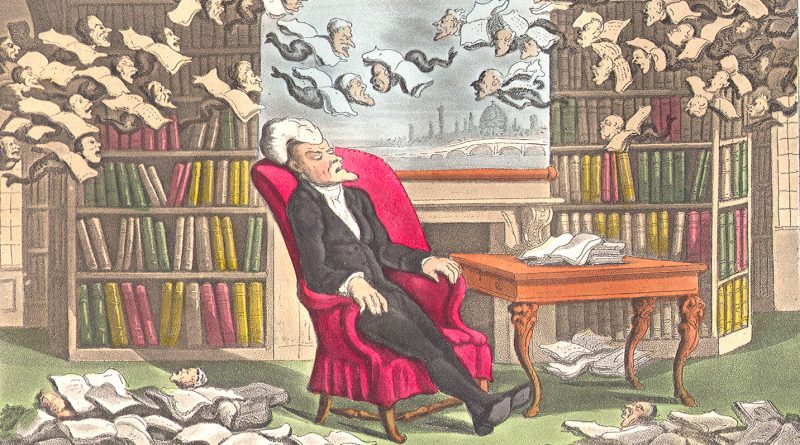 One of the great English caricaturists and satirists, Rowlandson was a skilled draughtsman and engraver. As a child, he is said to have learned to draw before he could write. After attending Eton and the Royal Academy, he spent two years studying drawing in Paris. He set up a studio in London as a portraitist, but eventually turned to caricature as a means of supplementing his income.

Today Rowlandson is best known for his amusing illustrations of life and politics during the late 18th and early 19th centuries. His work included a personification of the United Kingdom named John Bull who was developed from about 1790 with other British satirical artists.  Together with William Combe, he created the character Dr. Syntax, a fictional, rural schoolmaster and pastor who sets of on a series of “Tours” or travelling adventures.