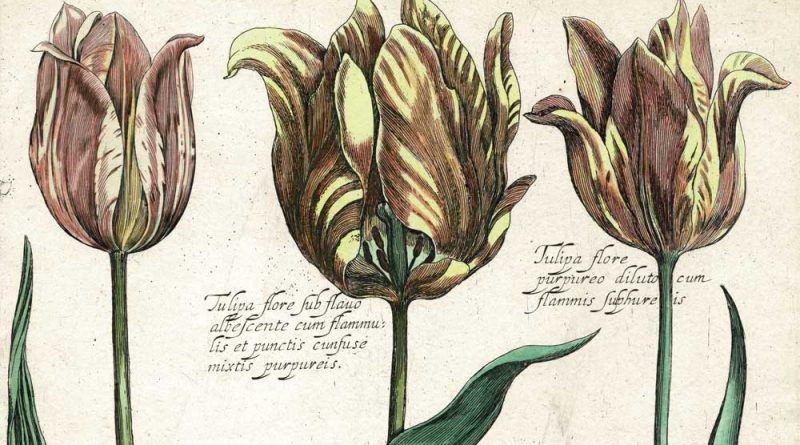 Daniel Rabel was a man of many talents. First employed as a portraitist by Marie de Medicis, he also designed sets and costumes for the ballet and served as Engineer in Ordinary for the King for the provinces of Brie and Champagne.

“Theatrum Florae” was a collection of botanical illustrations of 69 of the most striking plants then known which Gaston of Orléans. commissioned Daniel Rabel to paint. Other artists later contributed to the work, including Nicolas Robert (1614-1685).