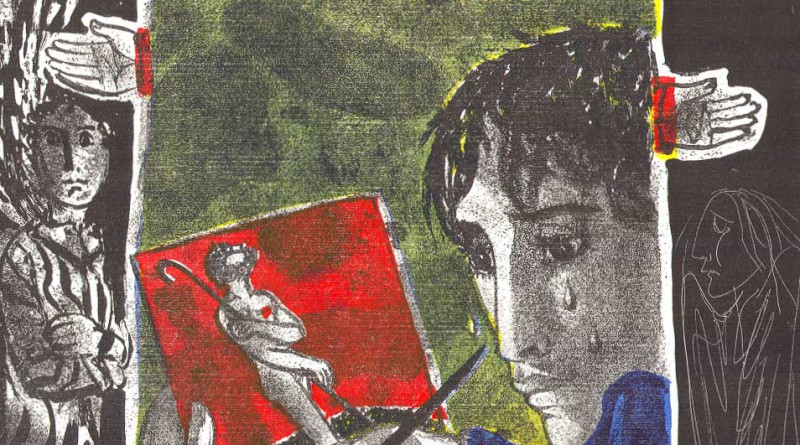 From a German edition of Andre Gide´s retelling of the Gospel of Luke, 15,11-32 which was illustrated by Hunziker:  Die Heimkehr des Verlorenen Sohnes 1953.

A work rich in symbolism. An artist (a self-portrait?) weeps as he paints an image of Christ. And in turn, the canvas is held by a figure in a christ like pose, as an angel watches on from the left. 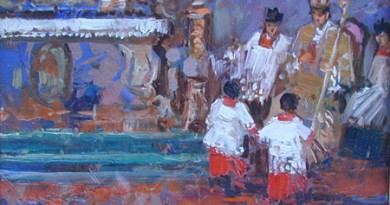 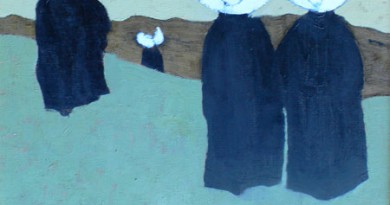