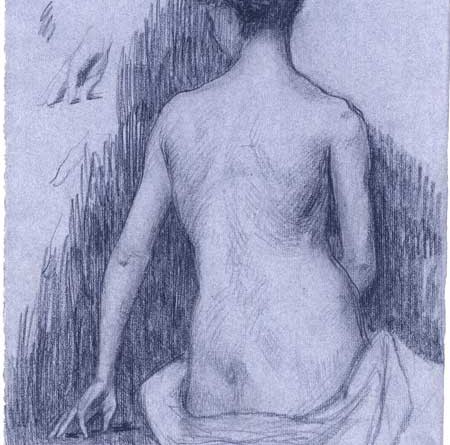 Léonie Humbert-Vignot was born February 16 1878 in Lyon. She studied at that city’s l’École des Beaux-Arts under the artists Alexandre Bonnardel and Édouard Toudouze. She exhibited at the Lyon Salon beginning in 1896 and as part of the Salon des Artists Francais in Paris beginning in 1905.

Humbert-Vignot is best known for her orientalist paintings, and particularly for her elegant female nudes, many of whom are shown from behind, like this equisite sketch on blue-grey Ingres paper.