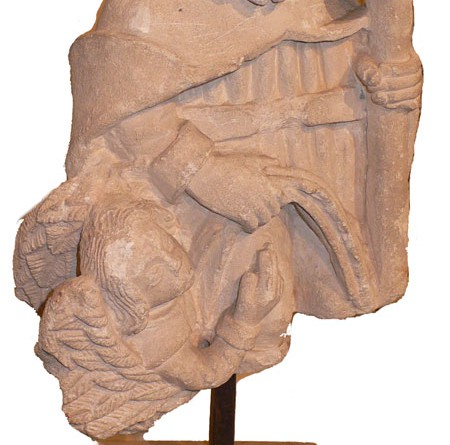 The protector against the plague raises his robe to show a boil on his thigh caused by the black plague. An angel accompanying him – seen lower left – points to it.

St. Rochus is the patron saint of of dogs and other household animals and also a protector against the plague. This may seem like an odd combination of attributes, but it is explained by the Saint’s legend.

Saint Roch was born of French nobility in 1285, but his natural affinity for the poor and for the sick lead him to give away his worldly possessions to the needy and set out on a pilgrimage to Rome.

He arrived in Italy in the midst of an outbreak of the plague and he ministered successfully to many of its victims, but eventually he contracted the plague himself.

Seriously ill, Saint Roch retreated into the forest to die. But a dog from a nearby farm found him, and each day brought him a loaf of bread, and he recovered from the plague.

After returning to France, Saint Roch was charged with spying and died in prison in 1327. Saint Roch’s Feast Day is August 16. He is often depicted with a dog or lifting his robe to reveal a boil from the plague on his upper thigh, as is the case in this sculpture

It is elegantly mounted on a marbel base.
Sold 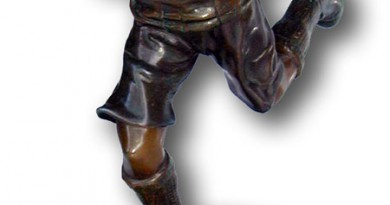 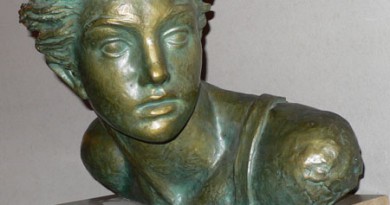