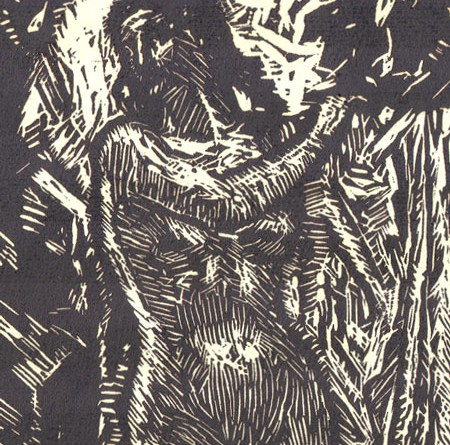 Strong woodcut of a female bather drying herself.

George Dessouslavy was born on 13.7.1898 in La Chaux-de-Fonds and died in 1952 in Yverdon. He studied art in La Chaux de Fonds and in Geneva. during the 1920s, he was influenced by post-impressionism, and later by post-cubism. His work includes monumental murals for the train stations of Neuchatel and La Chaux de Fonds. He was also influenced by the French artist Jean Lurcat. Shortly before his death, Dessouslavy moved to Coppet on Lake Geneva.

Signed “L'” in the plate. Not signed or numbered by hand.

Annotated “Monsieur Dessouslavy” on the reverse.

References: Historic Lexicon of Switzerland
and the Biographic Dictionary of Swiss Artists.