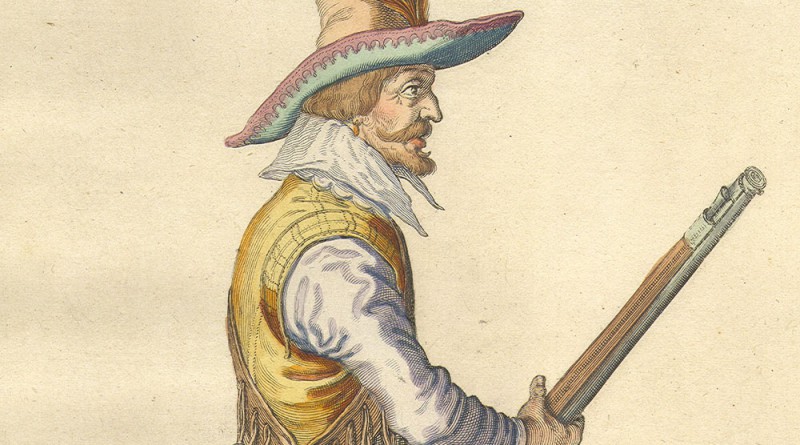 A Dutch Rifleman, Musketeer or Fusilier wearing a helmet holds an early musket or rifle.   Early 17th Century Handcolored Engraving from the most influential military manuel of the 17th Century, the Exersize of Arms.  Handwritten period text in French at the bottom. 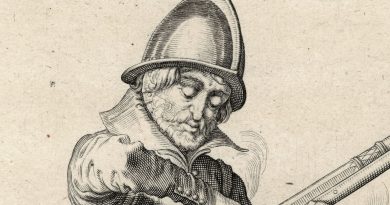 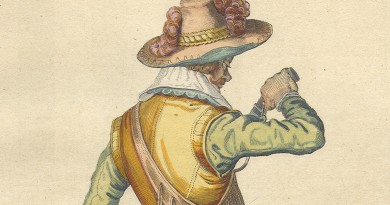 De Gheyn – Antique Engraving from The Exercise of Armes 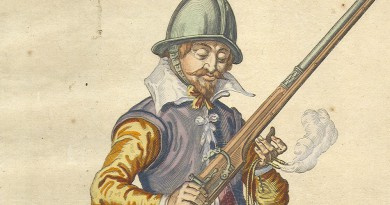