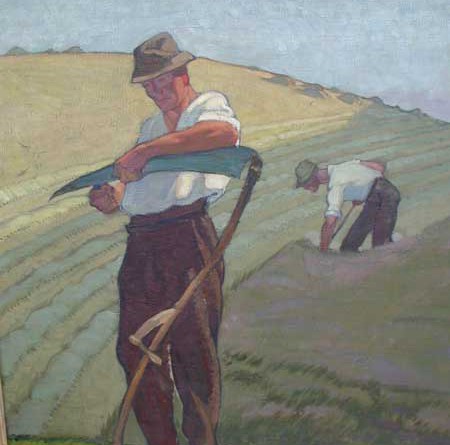 Well-known Swiss artist Fritz Gilsi (1879-1961) is listed listed in the major art dictionaries including the Benezit, Thieme/Becker and Vollmer and his work is is in the collection of many Swiss museums.

The Lexicon of Swiss Artists provides a long chapter on Gilsi’s work and describes him as very influenced by the forms and styles of art nouveau and symbolism.

In the early years of the 20th Century, Gilsi exibited together with some of the leading Swiss artists of the day including Ferdinand Hodler, Eduard Vallet and Max Buri.