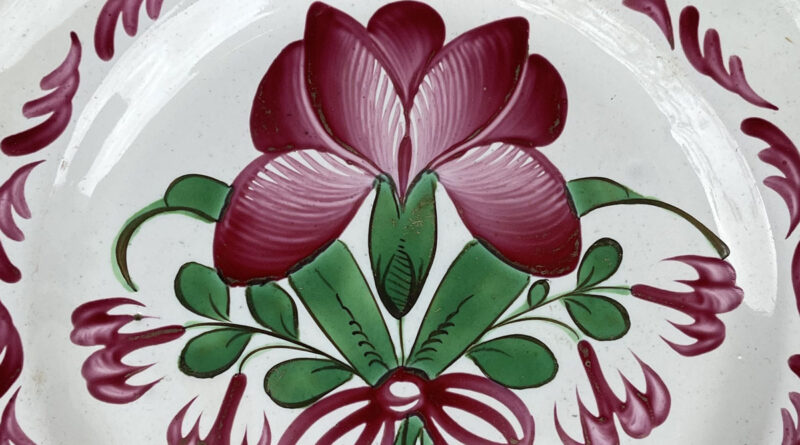 This plate was produced by one of the famous old faience makers in the Strasbourg region: Saint-Clement, Luneville or Les Islettes

Charming 18th or 19th century antique plate from Alsace-Lorraine, France featuring a tulip, a symbol of a declaration of new love.

Beginning in the 1760s, the master painters and craftsmen working at Saint-Clement and the other faience producers of the Strasbourg region became entranced with “la mode des fleurs” and the language of flowers.

The artists used the “pourpre de Cassis” – red cassis pigment – for the rich purple reds that dominate the palette of these plates. 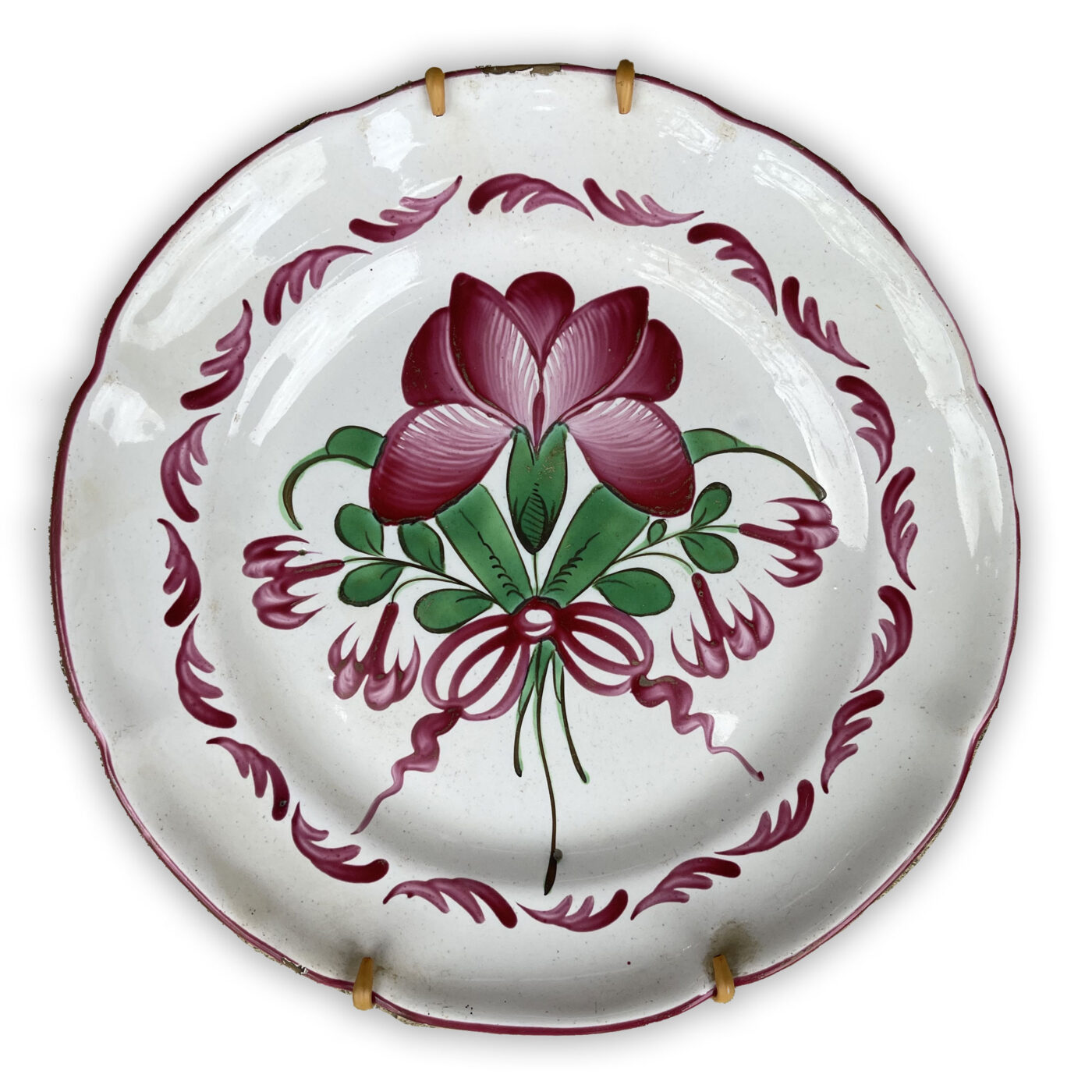 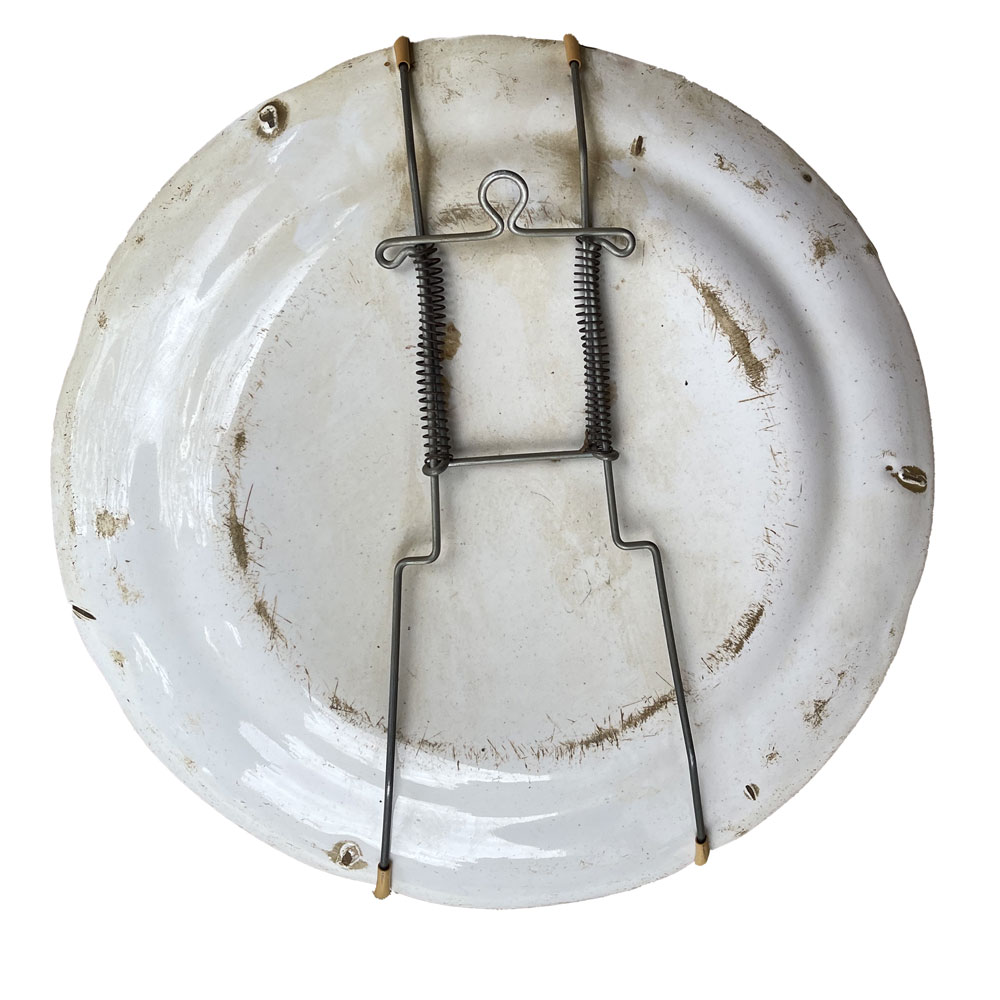