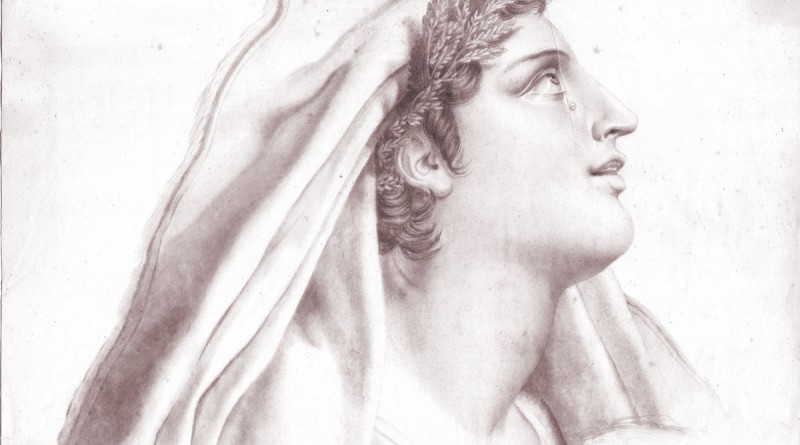 Andromache (French: Andromaque) was the wife of Hector. When Hector was killed by Achilles during the Trojan War, Andromache was made a concubine to Achilles son Neoptolemus.  The story of Andromache also inspired a famous french tragedy by Racine.

Condition: There are several heavy creases in the sheet, including one which runs down to Andromache’s eye. Some light spotting and soiling.