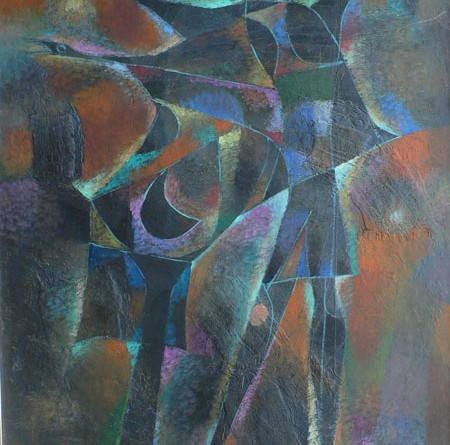 Oil and collage on Board