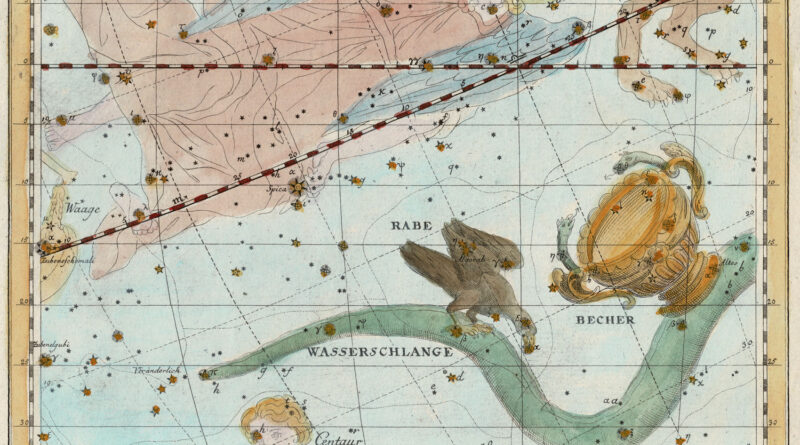 Plate XXVII showing Jungfrau (Virgo), the head of Centaur, the tail end of Hydra the Water Snake, the largest of all 88 constellations, and Corvus the Crow. 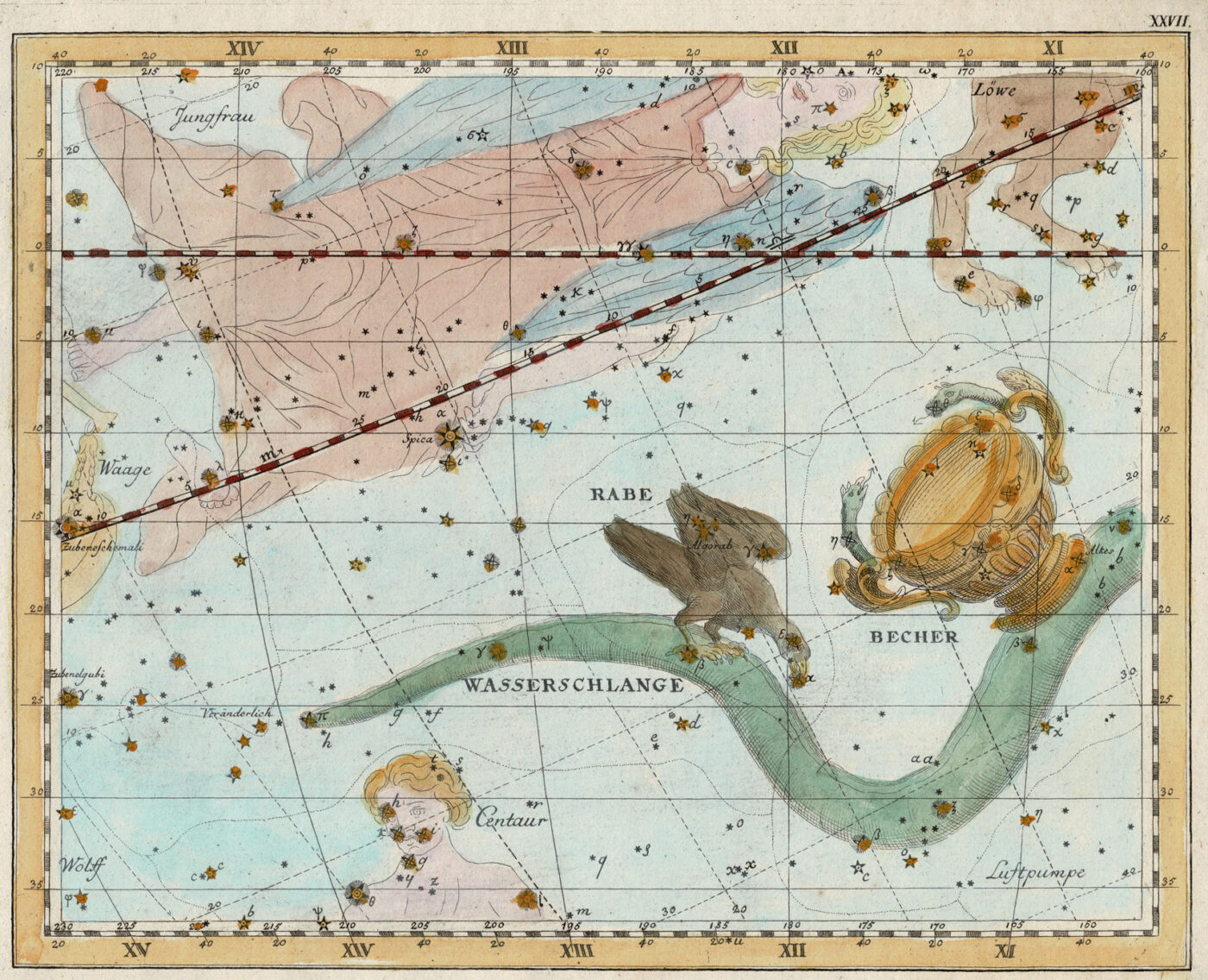 Born in Hamburg, Bode became the director of the Berlin Observatory and published the Uranographia in 1801, a celestial atlas  showing the positions of stars,and including an artistic interpretation of the figures in the constellations.  This smaller star atlas – Vorgestellung der Gestirne (Presentation of the Stars) – was intended for astronomical amateurs.

Bode is known for his reformulation and popularisation of the Titius–Bode law. He also charted the orbit of Uranus and suggested the planet’s name. 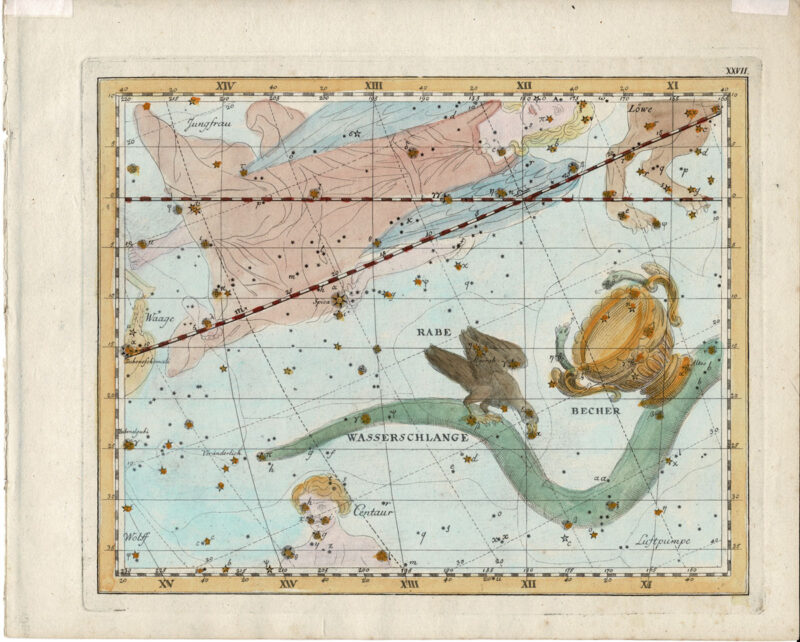 View of Basel – Antique Engraving by Tombleson Circa 1835