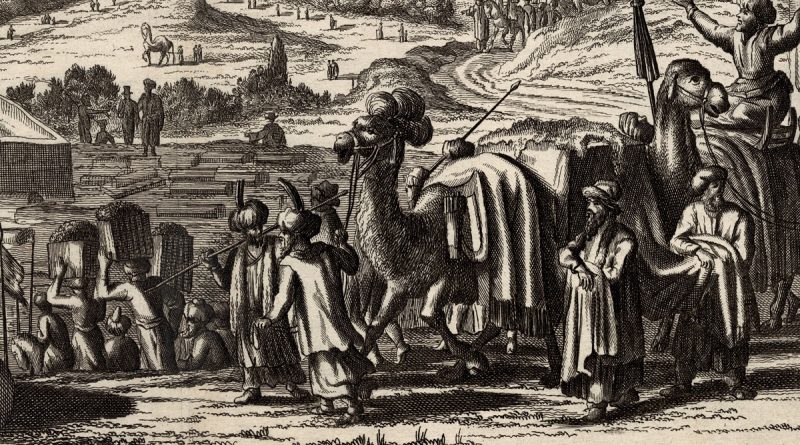 Panoramic View of the fortified city of “Derbendt” (Derbent) on the Caspian Sea, which at the time was part of the Persian empire, but is today part of now in the Republic of Dagestan in Russia.

This beautiful copperplate print was engraved for a topographical work on ancient Persia by Olfert Dapper (1635-1689) was a Dutch writer, geographer, and Historian.  The rich detail includes Persians and camels and even what appears to be a western visitor in a top hat (see second image for that detail)

Many later engravings by Pieter van der Aa and Mattheus Merian, among others, were based on Dapper’s work. 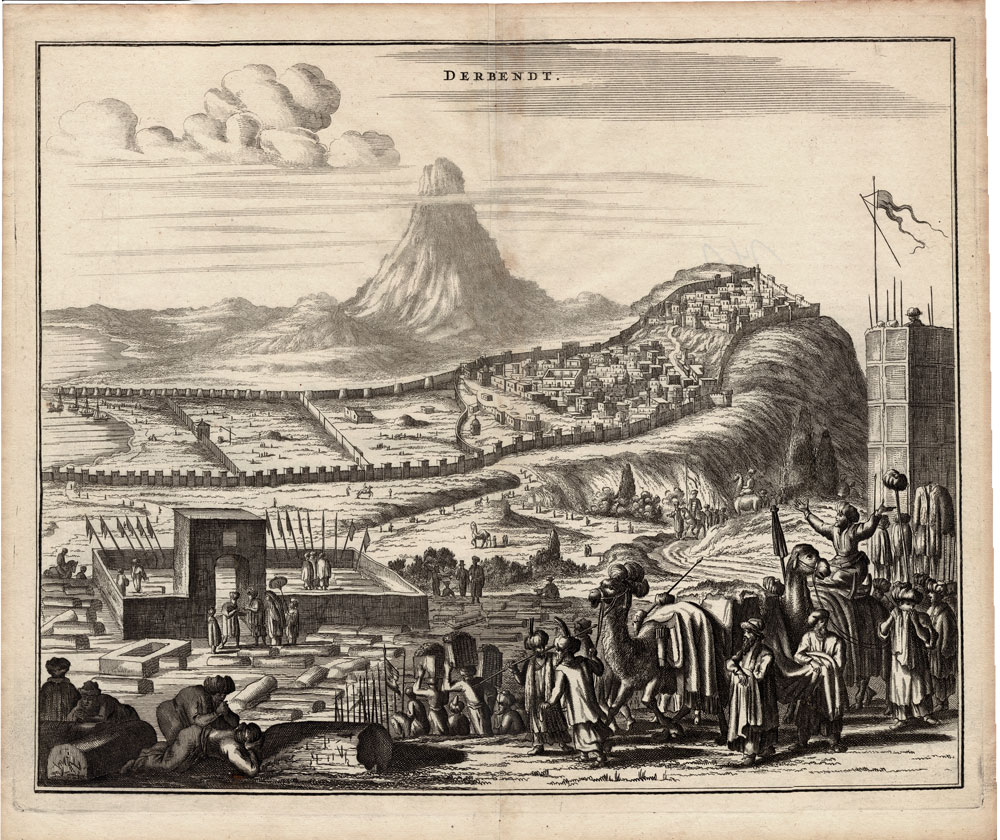 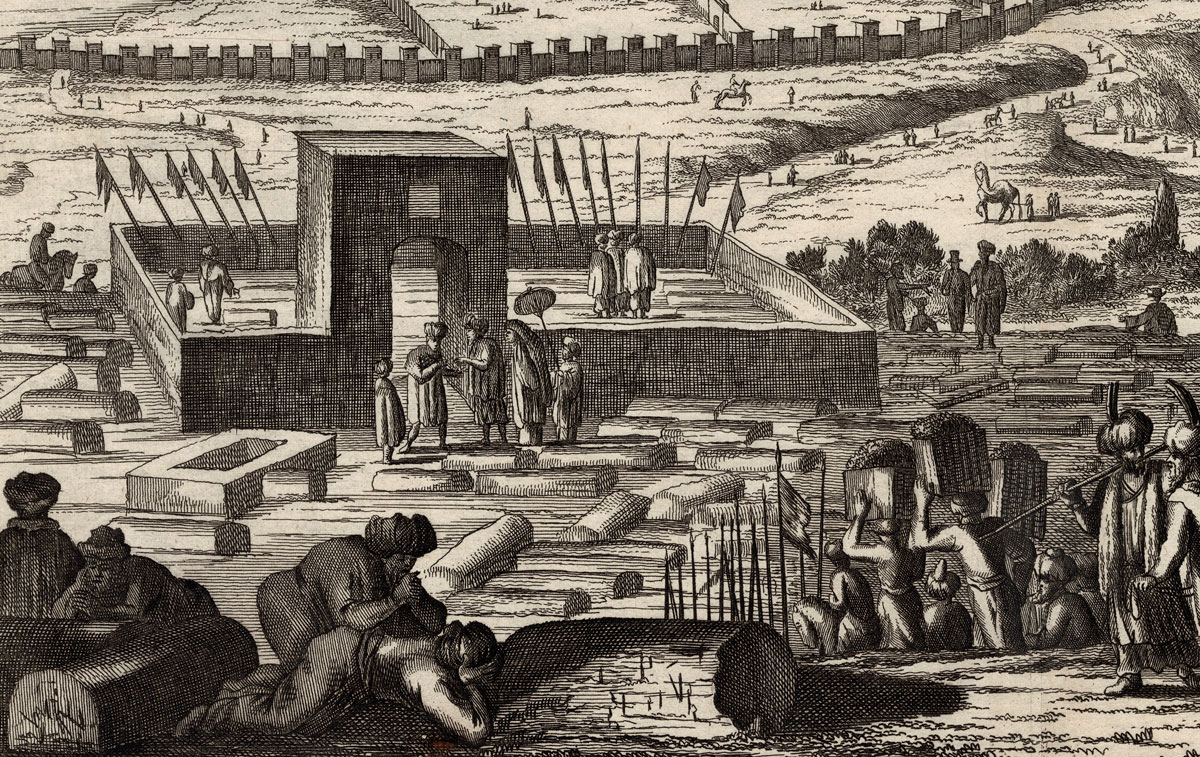 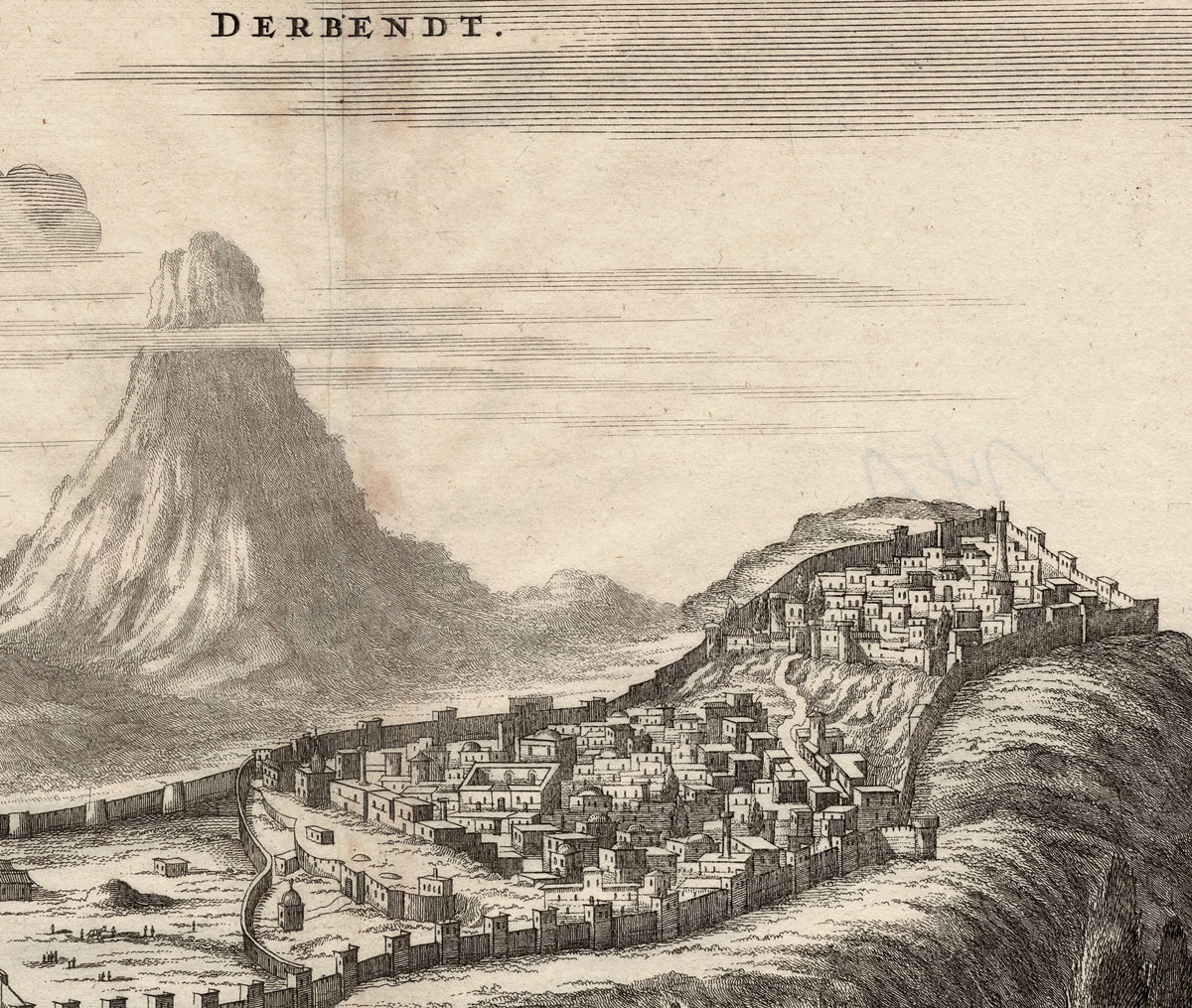