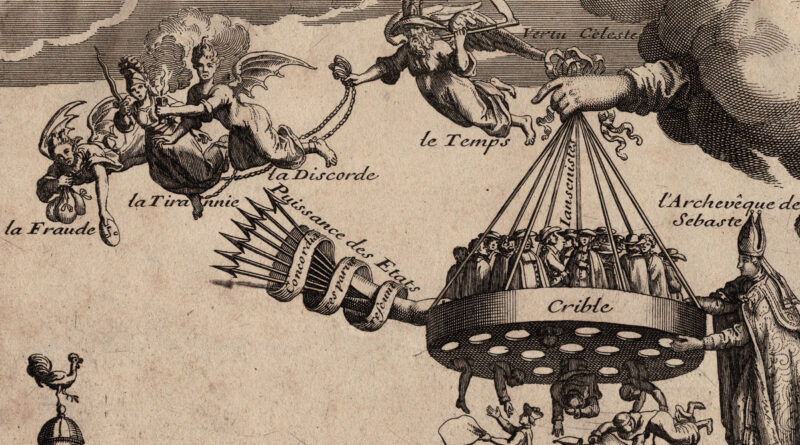 Fascinating 17th Century French engraving shows time and celestial vertue (Vertu Celeste) chasing away fraud, tyranny and discord aided by the power of the state (arrows0 while the Archbishop of Sebaste filters Jansenists through a filter with Rome in a distance.   Interesting document from a period of conflict between Catholics and Protestants, and between different theological movements within Catholicism such as the Jansenists and Jesuits.

The engraving has been cut to the plate, and the 17th century paper has been backed with another sheet of paper.

We would be most interested in learning more about this engraving and its symbolism, should anyone be able to volunteer information. 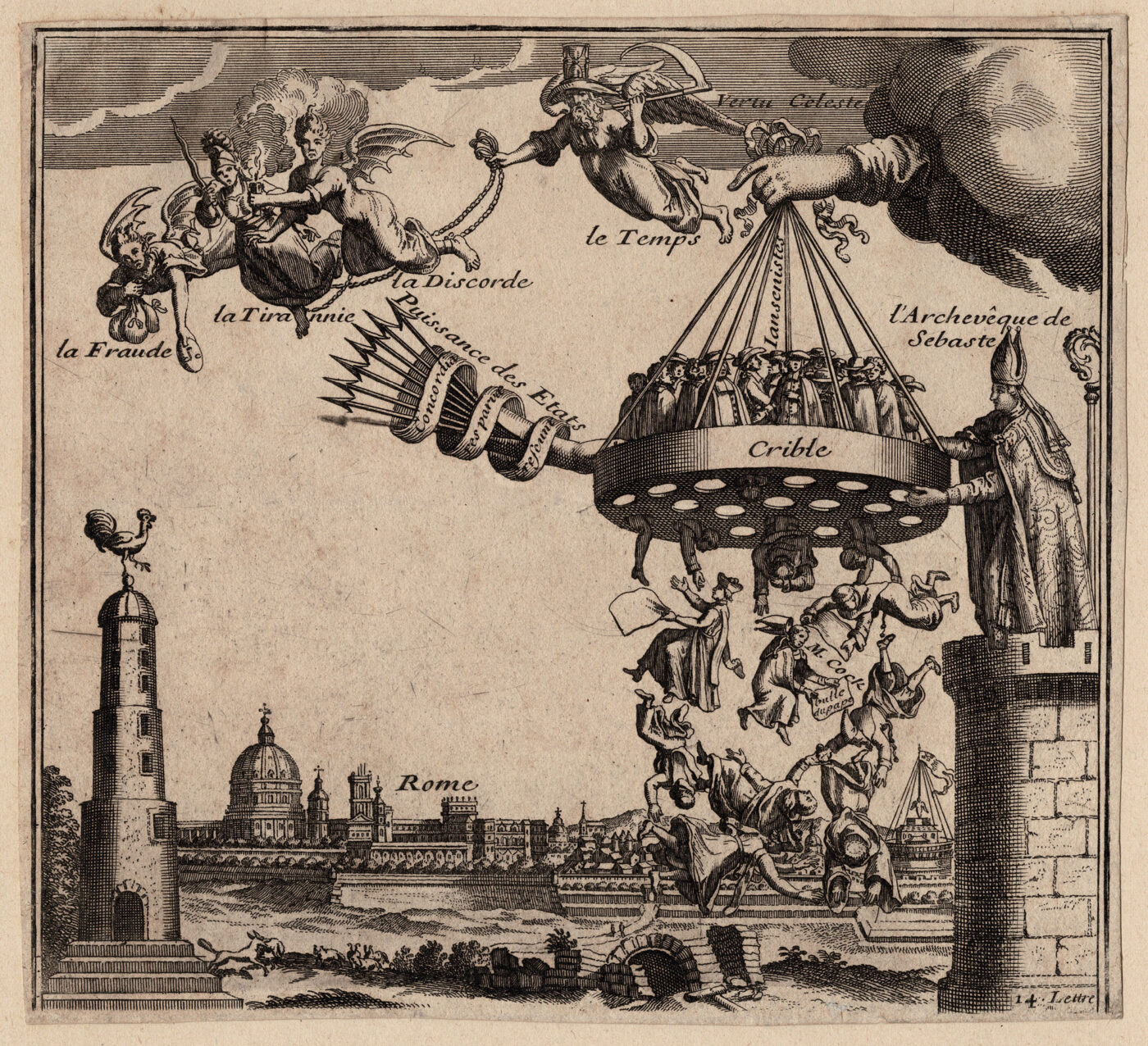