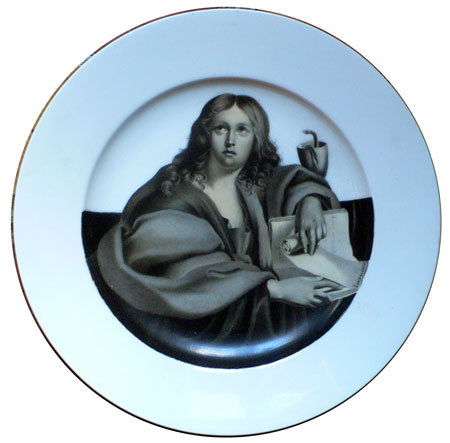 Beautiful handpainted plate with the portrait of a beautiful young man in flowing robes.

He holds several scientific looking books, and a scroll, which is annotated Lesueur at one end.

Behind him, a sepent emerges from a cup – a symbol of medicine, poison, and impending suicide? This beautiful plate is a bit of a mystery to us.

One possiblity is that it is an portrait of the French naturalist, artist and world traveler Charles Alexandre Lesueur (1778-1846) who studied wildlife (including snakes) in the United States, Australia and New Zealand and was in fact fell seriously ill following a snake bite in Timor.

Or Lesueur may be the name of the artist who painted the plate. 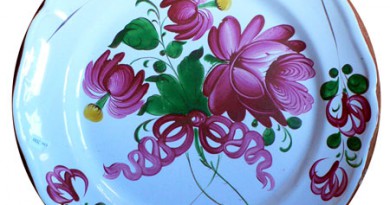 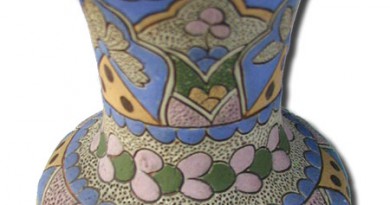 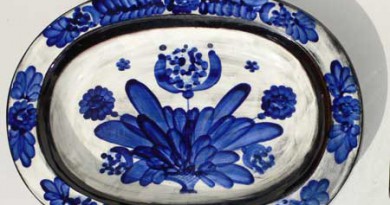