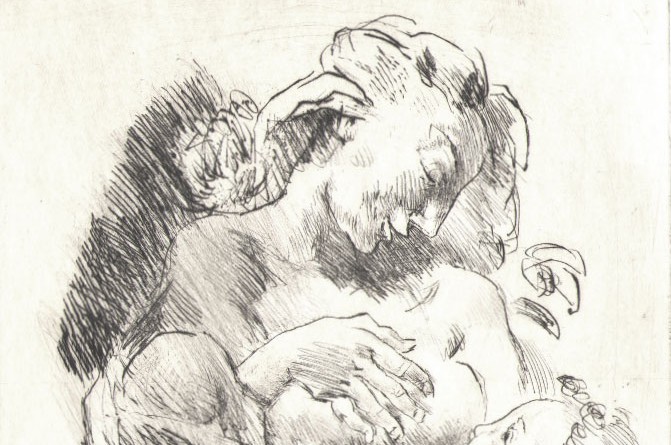 Beautiful Engraving of a Mother Nursing her Child 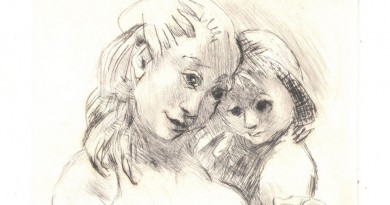 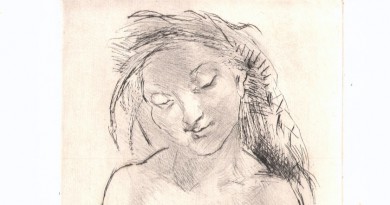