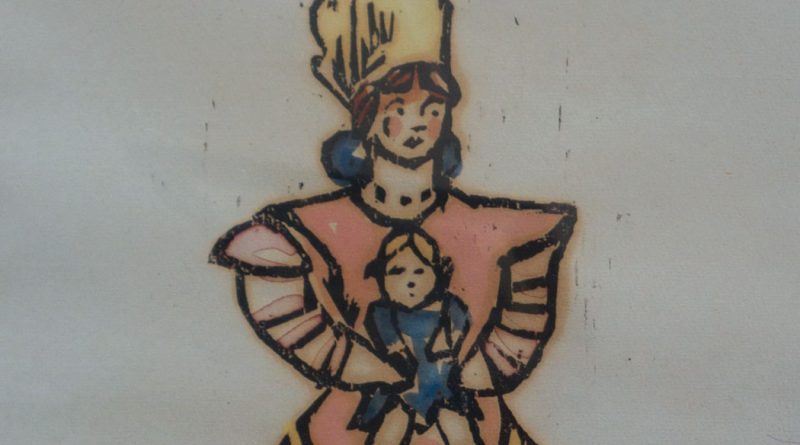 Mother and Child by Ina Colliander

She studied printmaking in Helsinki and in Munich, and in the 1930s began using driftwood to make her printing plates. The Russian Orthodox church is a large influence in her work — she often depicts angels and saints influenced by Byzantine images and icons.